“The greatest glory in living lies not in never falling, but in rising every time we fall” – Nelson Mandela

“Where did we get the crazy idea that in order to motivate children to do better, first, we have to make them feel worse?” – Dr. Jane Nelson

Adler believed that human behavior is purposive; that is, it’s directed by goals to belong and feel significant, and that even “misbehavior” has a purpose: it is a visible attempt to solve an unseen problem or to satisfy a need that may not be outwardly expressed.

Adler normalized mistakes and declared that we can actually learn from them. And he believed that each of us has an inborn impulse to contribute to the wellbeing of those around us.

Recent research tells us that children are hardwired from birth to connect with others and that children who feel a sense of connection to their community, family, and school are less likely to misbehave. To be successful, contributing members of their community, children must learn the necessary social and life skills.

Dr. Adler first introduced the idea of parenting education to United States audiences in the 1920s. The classroom techniques, which were initially introduced in Vienna in the early 1920s, were brought to the United States by Dr. Dreikurs in the late 1930s. In 1981, Dr. Jane Nelsen wrote and self-published her first Positive Discipline book. Many books, seminars, and teaching classes for parents later, she and her colleagues started a great educational movement and today it’s a very popular discipline approach in Canada, sadly, less so in the United States.

The confusion lies at the base of the term. The term “positive discipline” has become very popular. Many parenting books and programs, that claim to be positive discipline, are based on the philosophy of behaviorism, which is very different from the original Adlerian-based approach: behaviorism promotes “external” locus of control, while Adlerian based positive discipline promotes “internal” locus of control, as indicated in the Five Criteria for Positive Discipline. Promoting internal motivation in children allows them to grow up into respectful, resilient, capable, and happy adults.

Positive Discipline teaches children to learn motivation from within to how and why to get along with other people. The child is held responsible for misbehavior, but the consequences are always respectful, related, reasonable, and helpful to the situation. It teaches important social and life skills in a manner that is encouraging for both, children and adults (including parents, teachers, childcare providers, youth workers, etc).

The Five Criteria For Positive Discipline

Many adults find that dealing with children could be exhausting and frustrating, when in fact it could be enjoyable and stimulating. Positive Discipline designed to help caregivers to recognize the power in each moment – even difficult ones – and act in ways that encourage, teach, and respect.

1. Helps children feel a sense of connection (belonging and significance);

2. Is kind and firm at the same time (respectful and encouraging);

5. Invites children to discover how capable they are and to use their personal power in constructive ways. 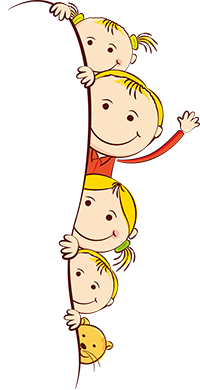 The Main Concepts of Positive Discipline

What Children Learn With Positive Discipline

Get step-by-step support and reduce/prevent challenging behavior of your children in times of need. Reduce frustration and learn how Positive Discipline could be aplied for your personal situation.

Parenting with Positive Discipline is an 8-Class course that will help you show up as the parent you want to be and create a home of respectful cooperation. Classes are interactive and suitable for caregivers with kids of any age, including teens.

Interactive 3+hours workshop for caregivers working with children from birth to 6 years. Learn how to create a classroom or care settings where children can develop a sense of belonging and significance and mutual respect.